John Simon, PhD is a consultant with Education Executives, LLC.

In 2014, John D. Simon was named as President of Lehigh University. He served as Lehigh’s 14th president until 2021. During his tenure as President, Simon raised the university’s national profile, strengthened, and grew its research infrastructure, expanded its global programs, and built on the university’s long, proud legacy of success in research, teaching, and service. In addition, under his able leadership, the university significantly expanded its undergraduate and graduate student populations, recruited new faculty, built new academic and student housing facilities, established a physical presence on the west coast through its partnership with the Nasdaq Entrepreneurial Center in San Francisco, and launched Lehigh’s college focused on health - the first new college in 50 years. Simon was particularly proud of his commitment to ensuring that students of all backgrounds have access to a Lehigh education, the recruitment of a diverse faculty and staff, and the fact that he was one of the first university presidents to join corporate leaders in the CEO Action for Diversity & Inclusion, the largest CEO-driven business commitment of its kind.

Prior to being named as Lehigh’s president, John served from 2011-2015 as the Executive Vice President and Provost at the University of Virginia. Before his term at UVA, John was Vice Provost for Academic Affairs at Duke University from 2005 to 2011, and Chair of the Department of Chemistry from 2000-2005. John joined Duke as the George B. Geller Professor of Chemistry in 1998, following 13 years (1985-1998) as a faculty member in the Department of Chemistry and Biochemistry at UC San Diego.

John is a Fellow of the American Association for the Advancement of Science and the American Physical Society. He served on the campaign cabinet for the United Way of the Greater Lehigh Valley and was a member of the Lehigh Valley Partnership. In 2021, John was awarded the Downtown Vision Award by the Bethlehem Chamber of Commerce for his work with the city while President of Lehigh. In June 2019, the faculty of biochemistry, biophysics and biotechnology at Jagiellonian University in Kraków, Poland awarded John a silver Plus ratio quam vis medal for his role in collaborative research between Polish and American scientists. John served for several years on the board for IES Abroad, one of the leading study abroad companies in the United States. He currently serves on the Board of the Nasdaq Entrepreneurial Center, located in San Francisco.

John received his B.A. from Williams College in 1979 and his Ph.D. in chemistry from Harvard University in 1983. He was a postdoctoral researcher at UCLA from 1983-1985. John has published over 240 scientific articles and is a co-author of three textbooks.

John and his wife Diane currently reside in Charlottesville, VA. He is an avid runner and skier. John is presently a Senior Visiting Fellow at the Belfer Center, teaching about higher education leadership, a subject on which he is writing a book. 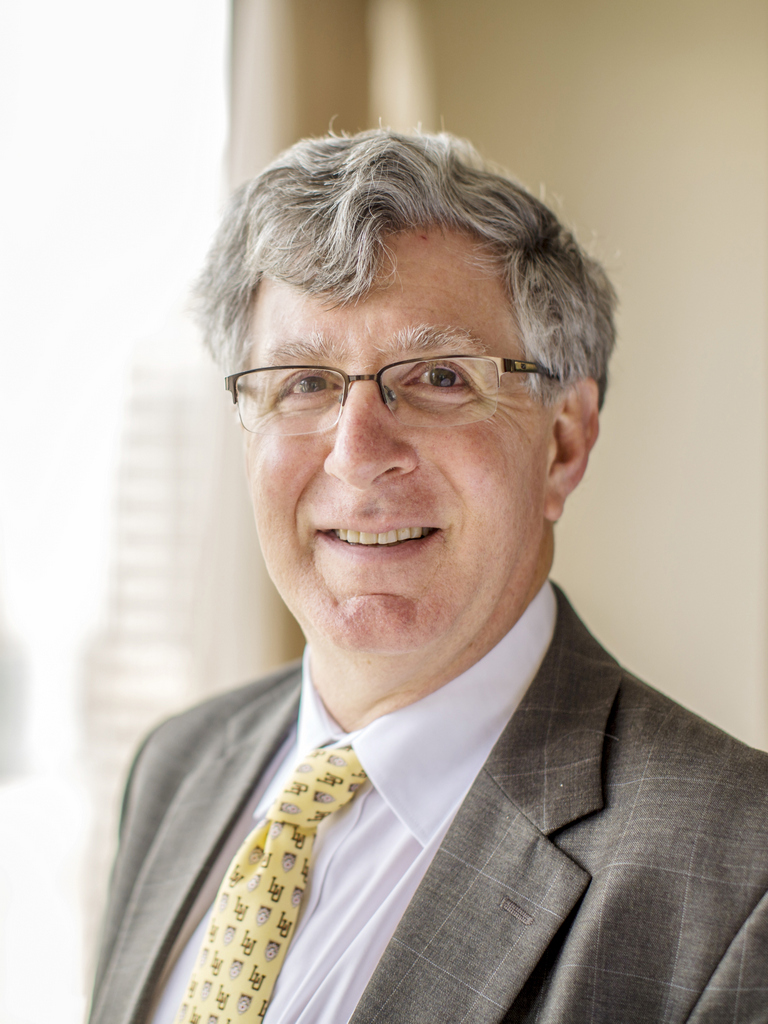