Ilene H. Nagel is President of Education Executives, LLC, a consulting firm that specializes inthe search for AAU and research university presidents, provosts, and deans, as well as the search for senior leaders of distinguished scientific organizations. In addition, Ilene has led the search for the VP for Health Sciences and/or Dean of Medicine for Hopkins, Stanford, UCLA, the University of Michigan, Harvard, Emory, UVA, Brown, UT Southwestern, UAB, Stony Brook, SUNY Buffalo, Indiana University, among others, as well as a variety of chair searches for academic medical centers, and the search for the CEO of the hospital systems for Stanford and for UCLA.

Before becoming a search consultant, Ilene had more than 30 years’ experience as an academic, with professorial appointments in several prestigious AAU research universities. Most recently, Ilene served as the Executive Vice Chancellor (chief academic officer) at the University of California, Santa Barbara. Before joining the University of California, Ilene was Dean of the Graduate School and Associate Provost for Research at the University of Maryland, College Park. Previously, she was on the law faculty at Indiana University, Bloomington, where she was a tenured Full Professor, with a joint appointment in the College of Arts and Sciences. During her 20+ year tenure on the faculty at Indiana University, Ilene took several leaves of absence to accept a variety of visiting faculty appointments at Yale Law School, Cambridge University, Columbia University School of Law, and George Washington University’s National Law Center.

In addition to her academic appointments, Ilene was nominated by the President, and confirmed by the United States Senate to serve a 6-year term in the federal judiciary, as a Member of the United States Sentencing Commission. She ultimately served for 9 years, full time, from 1985-1994, as a Commissioner, under three presidents, while retaining her faculty appointments on a part time basis.

Ilene resides in Montecito, California with her two labradoodles. She and her late husband Aristides Burton Demetrios, a renowned contemporary sculptor, have been Montecito residents for over a decade. 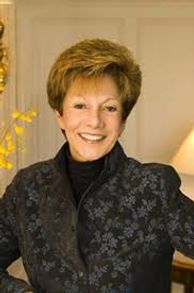